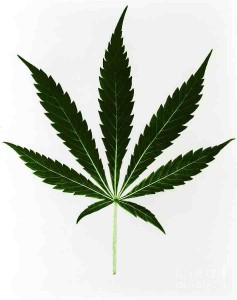 Medicinal marijuana usage has been proven time and time again to be safe and effective for many different types of illnesses and problems. The fact that it has taken us this long to finally accept an effective method of medicine is almost idiotic and close-minded. Of course by bringing in medicinal dispensaries, there will be people who traffic products from the dispensaries to other people who don’t have authorization to use it, but I think that is an extremely minor price for the greater good of bringing relief to those who need it. The next step we need to take is making it recreationally legal and follow in the steps of Washington and Colorado. This would be amazing for our state economy and rack up a handsome sum of money.

Hawai‘i is definitely ready for medical marijuana dispensaries. [The] Majority of people in Hawai‘i are quite knowledgeable in the growing of the plant and know the many medical benefits it possesses. I believe that if these dispensaries were legal it would definitely reduce the amount of synthetic drugs such as crystal meth currently being used. I feel that if marijuana will help patients that have ongoing medical issues then why not have these dispensaries available to them? Studies have proven over again that marijuana is able to significantly assist with people that have cancer, glaucoma, aids and other ailments. Marijuana is an all natural plant/herb so in my opinion it is a better option than synthetic pain medications.

As an individual who no longer uses marijuana or any other mind altering substance, one might assume I would be anti-dispensary; however, I am personally a strong proponent of legalizing the sale of marijuana for both medical and recreational use. That being said, I think residents of Hawai‘i who currently make a living in the weed business will not be ready for the hit their profits will take when their customers become able to purchase this product at government -condoned establishments. Perhaps these are the folks who should start preparing themselves for this shift. If they do their research and plan accordingly they may be able to ride this wave into financial abundance and legal legitimacy. This would be a good thing for everyone. Can you imagine if every drug dealer you know was magically transformed into respectable business person? This debate always brings to mind the days of prohibition. The criminalization of the sale, production and transportation of alcohol in the 1920s was a significant catalyst for organized crime. To me, it is the criminal aspect of all of this which is truly ugly. I think doing away with that will be a huge step in the right direction.

I feel that Hawai‘i has been ready for medical marijuana dispensaries for a long time. If we can take the power away from the local drug dealers and give a business the ability to sell marijuana, this might be a step in the right direction to helping with some crime in local neighborhoods. Having a business that can be state-regulated and taxed will be great for Hawai‘i’s income. I feel that marijuana needs to be decriminalized and viewed like alcohol and regulated just like alcohol.

To me this question is ignorant because in order to ask this question you must put every other medical drug and treatment into question. Is Hawai‘i ready to cure the sick and save lives? At this point in time we know that marijuana can be used for medical treatment to help people in need. So why would we need to even ask a question like this. Itʻs important to understand that marijuana is not much different than any other drug. Sure, we smoke it instead of a pill or an IV but just like any other drug it should be moderated into specific doses per day. Too much of it could have negative side effects.

I think Hawaiʻi is ready. I say yes because I believe that intaking marijuana is safer than taking pain pills and for me, it does relieve the pain (most). I think that it will bring our crime rate down, because to me itʻs a mellow drug. Marijuana is a stress reliever, it makes most people relax and calm down. I havenʻt seen or heard of anyone killing or hurting someone else while under the influence of marijuana. To me the stress is the number one killer and marijuana would be able to help in that area. I think itʻs a positive thing.

I believe that Hawaiʻi is more than ready for dispensaries. When we legalize something and make it attainable, we eliminate the sketchy underworld backstreet deals that follow marijuana. People wouldnʻt be abusing it, it would just become a part of our culture and society. Hawaiʻi has always thrived on its natural resources. Unlike cocaine or meth, marijuana is a natural plant we grow. It isnʻt a Walter White and Jessie cooking up who knows what in a secret laboratory, but rather a completely natural and legal process. We not only create more jobs by opening dispensaries, we also cultivate a more welcoming society.

Marijuana can be used to relieve stress and pain when used as prescribed. Unfortunately, most of the time marijuana isnʻt used for that reason, and most times people use it just to get high. That is why I believe Hawaiʻi isnʻt ready for medical marijuana dispensaries. I see so many problems with this idea. One is that people are not honest and could take advantage of a system where medical marijuana dispensaries are in effect. People would have more gateways to marijuana and it would just cause more problems. I honestly feel that rather than having dispensaries, people who need it should be able to grow it on their own. I believe they should get a full background check beforehand but that is the only way I believe marijuana should be legalized here in the 808.

I do feel that Hawaiʻi is ready for medical marijuana dispensaries. There are a lot of people who get prescribed marijuana and they should have a place to get it legally and not have to buy it from a third party or grow it themselves. I personally believe that having dispensaries will help the people who are prescribed medical marijuana. Many of the people I know are former military with PTSD and they canʻt get their prescribed medication to help them keep calm and I believe that is wrong. A lot of them then turn to drinking which is even worse for them. If we had medical marijuana dispensaries then I believe we would be helping out a lot of people who really need it to keep calm or even combat nausea from cancer treatment.

Yes. Hawaiʻi is ready for medical marijuana dispensaries because this plant helps people in pain relief and gain hunger. I witnessed my aunty suffering from chemotherapy. She was in so much pain she couldnʻt sleep and she was so sick she couldnʻt eat. But after she smoked a joint she was pain-free and she was hungry. This all natural made by nature, helps people to be caregiver and watch a dramatic change in my aunty was incredible. Like we have a better fighting chance. Her cancer overpowered her body but at least we could give her just a little bit of comfort during her battle. I think if mother nature provided this plant for medicine, we should use it. But not only medicine. The bark and branches could be used for rope or clothing. The seeds produces oil. Multi-use, multi-business, creates jobs. Earn money for workers, taxes for government.

I believe Hawaiʻi isnʻt ready for medical marijuana dispensaries. Why? Because we have enough illegal drugs in Hawaiʻi, and a lot of homeless that need the attention than dispensing marijuana. My other reason would be if they would allow it, the people should grow their own. Iʻm against dispensing marijuana in Hawaiʻi because its already abused by the people even with a blue medical card. All in all, the people really need it will suffer the most because of people abusing the privileges. I feel this issue shouldnʻt even be a topic of discussion because there are more important things to take care of like homelessness and drugs. We need to send the homeless back to their states so they free up our streets of drugs. Because a lot of people are robbing, stealing, killing for the drugs. We need to help the people of Hawaiʻi and take away the corruption.

Hell yes Hawaiʻi is ready for medical marijuana dispensaries. Medical marijuana has been legalized in Hawaiʻi for what … 18 years now? But the patient have nowhere to go to buy their medicine quick and easy, they actually have to grow it themselves. This is a problem for old people who canʻt do as much or patients that donʻt have time to tend to a cannabis plant. Itʻs a problem for people who need it at that moment and not in three months when the buds are good. Itʻs a problem for the people who have judgmental neighbors. People come in to Holy Smokes every day complaining about never being able to find some. So, I say hell yeah, Hawaiʻi is ready. Iʻm from Colorado and look how weʻre doing.

Is Hawaiʻi ready for medical marijuana dispensaries? I donʻt really care about this topic. I donʻt have any connection to marijuana. But then again I have a bunch of people in my life who smoke marijuana such as my peers, friends and family members. I only know one person who smokes medical marijuana. Everyone else who smokes it does it illegally. See if they did set up dispensaries I feel people would take advantage of it and get a little too crazy with purchases. But then again I never smoked the thing but I rather have these things over cigarettes any day.

As a recovering drug addict I do not think Hawaiʻi is ready for medical marijuana dispensaries. My intial concern is not the use of marijuana for medical use. It is the number of people that fake medical conditions or pay for cards, allowing the use of marijuana when they in fact do not need it. Marijuana is a mind-altering substance. It can and does become addictive. It is also a gateway drug that often leads to using other substances. Legalizing it and making it readily available in my opinion is a bad idea. I feel that it is being encouraged because of the amount of money that can be made. Greed often overrides common sense. The federal government has not legalized it so I feel that government has not legalized it so I feel that individual states should not be able to override their authority and open dispensaries.