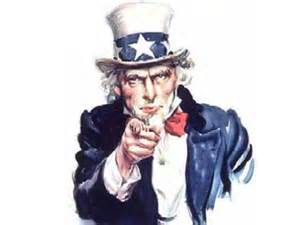 I don’t think women should have to register for selective service. They are much more needed out of the way of harm and taking care of the young. I’m not being sexist and saying should do only those duties, but I just can’t imagine my sister, daughter or mother getting the call of duty. I’d rather go instead of them, in a heartbeat. I just don’t see myself taking care of a family while the women are fighting a war. It wouldn’t make sense.

As a retired female military member, I do not believe women (or men, for that matter) should have to register for selective service. I disagree with the idea of forcing anyone to join the military. The reason our country’s military is so powerful is because its filled with people who are voluntarily there.

I believe we live in an incredibly progressive era. We have to fight for social equality. Allowing women to register for the draft is just another step in that fight. The military won’t be seen as a “boy’s job” and staying home won’t be seen as a “girl’s job.” These are antiquated principles. Allowing anyone regardless of gender, identity, sexuality and religion will make our forces stronger. Is the military ready to get rid of its institutionalized sexism though?

As a veteran I am not in favor of drafting our young people at all, as it is not conducive to maintaining a professional military. During the Iraq and Afghanistan conflicts, a variety of issues were had with service members who had no desire to stay in. I can only imagine the problems that would occur with non-volunteers. As a feminist I say make the girls play in the mud too: this is the price of equality.

Women should not have to register for selective service. In history, women are kept from dangerous activities like hunting because the key to survival was to protect women because they produce life, and protect children because they are the next generation. Males are important as well but they are built to withstand a whole lot more physical stress than women or children.

I do not think that women should have to enter the draft but I feel the selection should be up to the woman to decide if they do or don’t. I feel that if all the men are going to be in the selective service for war then who is going to be back home to take care of the children. I’m not being sexist but even some men should stay back from the draft to protect the women and children back home in the States.

I stand neutral on the issue because women have proved themselves to be useful especially with dealing with other issues that involve other women in other cultures that are not allowed to have contact with men in which their lives depend on it. However, we do need women (as much as men) to stay home to ensure survival.

I feel that women should have the choice to register for selective service if they want. I think they should stay home and care for the family. I think it’s more a man’s job to go to war than it is a woman’s job because men are more dominant and physically stronger the majority of the time. However, if a woman feels she can handle it, then she should have the choice to register or not.

I feel that women should not have to register for selective service because most women are mothers. I feel that every child needs their mother. They are already able to take their father away with the draft, and nobody can replace a mother’s love for their child. The mother and child build a bond from when the baby is in the mother’s womb. Mothers are there to nurse, guide, protect, love and discipline their child and so much more.

Women should always have to register for the selective service. Since the secretary of defense authorized women to serve in combat roles such as infantry and special forces, they need to be registered. The only problem is that there are only a few women who can hold up to the challenges of being in these roles and if a draft happens, and say 95% of the women have to be in a ground combat role and can not make the cut, that makes the U.S. look ineffective and could end in more casualties.

I think that desperate times call for desperate measures and for a draft to happen, things would have to be pretty dire. With that said, if women were drafted as well, there would certainly be an issue with childcare, but if women are to be considered equal to men in every sense, as many want to be, then a draft should be no different.

Most women want to be around to raise their children, but if there had to be a draft, maybe there could be an option (at least where children are concerned) for at least one parent in each family unit to stay behind. Then whether it were male or female should be up to each couple.

Many women want to serve in the military and I respect their choice to do so just as much as I do any male. Yes, we women can bear children if we wish to do so, but in my opinion, both parents are equally important when it comes to raising them and in a draft situation, either way the child is losing.

Would you be alright seeing your daughter sent to war to be killed? I hope it would start riots in the streets if this happens. No one should be drafted because if the United States itself is being invaded, the people will stand up to fight or help in what ways they can for her. Other than to literally protect the country and their own lives, no one should be forced to fight the wars of these old men. If you’d like to join to help protect national interests and sort of “police” the world then that is one thing but being forced to do so is un-american in my book.

Women should not have to register for selective service because women are excluded by policy from front line combat position. Although the continued efforts to achieve equality in men and women in our society, we must acknowledge that each sex carries its own distinctive physiological characteristics. Until the U.S. legislature can come up with more specific duty distribution system for selective service, training women for frontline combat would not be a productive investment for the U.S. government.

This is a really hard question to answer.  A very small part of me wants to say yes because we women are always wanting equality but that is only reason why. A huge part of me thinks not. I personally feel that women are not designed to go into combat.   Sure there are women who want to go and train to be in combat but that would be a very small percentage. I also feel that there are reasons that there are men and women, and we compliment each other. There are just things that men are better at than women and women are better at than men. Women should not be forced in to selective service.

No, I think women should be given a choice because not all women are capable in participating in the extremities of military service. Although it is not uncommon for women to do so voluntarily, I personally feel that a woman’s job is to care for her children, home and husband.

Yes, I believe all  qualified persons, male and female should be required to register for selective service (the draft), if such a situation arises. I think the process should consider an individual’s availability status to decide the order in which positions are filled. Those who are employed full-time, going to school full-time, providers or caregivers of others should be placed lower on the list. I feel in this modern age, military placement can reflect one’s qualifications to combat or administrative support stations.

I think that women should be able to make the decision to register for selective service but not be required to. Yes equality for men and women hasn’t stopped growing, but women have other domestic duties to partake in. While some of us are completely capable of performing special service duties, the rest of us are more than okay with taking care of our families and not fighting for our country.