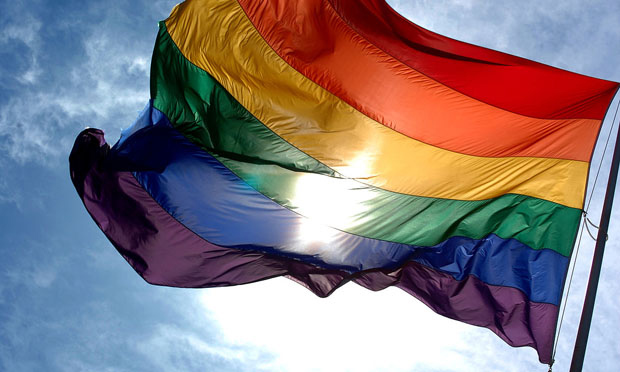 I feel like we are not only progressing as a society but as a community as well. Though some are close-minded, it is 2016 now, and all people should be accepted. We are born to socialize and become one; we weren’t born to detach and distance ourselves from our peers and neighbors.

Gender neutral restrooms should be utilized on this campus. I feel that we are all of the same human race and we all have the same biological needs. If the restroom is a single person restrooms, it should have no issues or problems. However, if it is gender neutral, then there should be private stalls.

In Europe, there are many countries that use this system. If there is someone weird, then we report this person immediately and protect each otherʻs rights. We should always lookout for one another. It is a universal respect that we all inherently have. I see no reason that it will not work.

In today’s society, gender difference and the LGBT community is more of an acceptance than a problem. States all over the country have given gays the right to marriage. So in all honesty, why should using the bathroom be any different? Transgenders should have the right to use whichever restroom they please. After all, this a nation of freedom.

I believe citizens in the 21st century are more accepting and liberal. Being transgender is a choice as well as a change. Therefore, it would only seem fair that the citizens support their change and accommodate to it. Using the restroom is obviously a need rather than a want. So why should a transgender feel uncomfortable with the choice of where he/she decides to go?

By allowing gender neutral restrooms on campus, I feel it will make those who once felt uncomfortable at ease. I’m not saying the campus should change all restrooms, however we should be fair to allow some. This will show the acceptance to change, as well as leadership and set good examples for other campuses.

In a world where we have fluid gender and a better understanding of what sexuality and gender is, I think gender neutral bathrooms are a great idea. I personally do not think it is acceptable to alienate or refuse someone from using a facility in which to alleviate a natural, human function based on their sexuality or gender.

I understand humans have a long history of gender separation, but according to sciences we all have to “go.” A gender neutral bathroom would allow everyone an equal opportunity to alleviate their waste. It would also eliminate the inconveniences of trying to find a gender specific restroom.

In my opinion, I do not agree with gender neutral bathrooms. One reason is that I believe that each gender deserves a certain amount of privacy while using the restroom. And for me those privacy privileges would be taken away if there were other sexes in the bathroom.

Another reason that I do not agree with this idea is because the bathrooms would most likely be more crowded and may be even less clean because the amount of people that are allowed to use one bathrooms. Therefore, it might take even longer to get the change to do your business.

Another reason would be because I feel it would elicit unwanted activities during school hours, such as sex or even drugs. I also think that men and women have different definition of “clean.” I feel that restrooms will be more crowded and therefore become messier. At my workplace, we have a family bathroom that both males and females use. With that being said, our bathroom is always a mess and constantly needs to be refilled with supplies. There is also the matter of the toilet seat being left up which is very annoying for women.

I don’t mind that there will be a gender neutral restroom. We as Americans see segregation of the sexes as a qualifier to gender specific restrooms. I think we are behind the times, in Europe and Asia there is a co-existence of gender neutral (unisex) restrooms throughout. They do not see sexuality as a discriminating factor. Just yesterday I saw a young boy take his younger sister into the men’s room to watch over her as she used the toilet. No one made a fuss, so why can’t men and women share a restroom, we do it in out own homes!?

I feel that gender neutral restrooms would do more harm than good on campus. I think this way because how would we know if a guy or girl actually sees themselves as gender neutral. There just might be some people that want to go to the bathroom of the opposite sex. Men or women will probably not use that restroom because they will feel uncomfortable going to the bathrooms with the opposite sex.

I feel like gender neutral restrooms aren’t necessary. The idea is coming from a good place, but I personally would not want to. I already share a bathroom with my sister and that is hell. Her stuff is everywhere and that sucks. You also feel awkward trying to use the bathroom with another gender in there with you. For a woman, you don’t want a guy to hear a plunk while she poops. For a guy, you don’t want to fart in there with girls nearby. I just see way too many conflicts and awkward moments in a gender neutral restroom.

I think gender neutral restrooms should be allowed on campus. I personally identify as the gender I was born with, female, but some people are not as lucky. I have a friend who was born a female but identifies as a guy. One thing that is extremely hard for him to do is use public restroom.Not for the fact that it’s a public restroom but because he is scared. He is scared to use the female restroom because the women give him such dirty looks whereas he is scared to go to the male’s bathroom because he knows that he could stir up physical conflict for being female. Transgender teens/adults should have the right to feel safe like everyone else.

I am not in agreement for gender neutral restrooms on this campus, or anywhere else for that matter. Restrooms have been segregated for as I can remember. I for one am uncomfortable with females in the same restroom as me, as I’m sure many people are.

I believe that restrooms should be segregated to the gender you identify yourself as. I don’t think that there should be a transgender restroom. I believe that if you are transgender, you should use the restroom of the sex you are showing.

I personally do not have a problem with gender neutral restrooms on campus. A restroom is something we all as humans need. It’s a place we go to perform private tasks. Regardless of gender, we all do them. As college students and adults, we should be trusted to act responsibly in this sort of environment. We should not have to fear harassment from the opposite sex when using the restroom. I feel that a gender neutral restroom would ease the transition for people who are beginning to accept their sexual orientation as well as sexual identification of others. Those identify as the the gender they don’t appear to be should not be ostrasized. We are here to learn, not judge and ridicule others. People need to understand that they do not need to fear something just because they do not understand it. We all need restrooms. Use it, then go back to class. Whoever else is in there is irrelevant. Simple as that.

I believe gender neutral restrooms should be allowed on campus. Everyone deserves the right to feel comfortable (given the current circumstances). Transgendered individuals deserve the right to feel safe as do the rest of us. I don’t agree however that they should be only restrooms on campus. There should be restrooms for each of us. I also believe that opening gender neutral restrooms might cause a lot of issues within the school if not addressed properly. This shouldn’t be about segregating but more about being open to the changes happening within our society. We have more pressing issues pending. I wish we were all as concerned about who will be leading our nation the upcoming year than we are about who will be using what restroom. Gender neutral restrooms have been a thing for centuries!

I could care less. It does not matter to me at all. When you gotta go, you gotta go no matter if you are a man or women. If someone feels better in one type of bathroom over another then I am completely fine with that. No matter if you are a man or a woman we all shit the same way. There are much more pressing issues in life than who I am shitting next to. A restroom is a restroom no matter who is in it. That is not going to stop or start now just because a law has been passed. For me this will change nothing. I will still use the closest restroom!