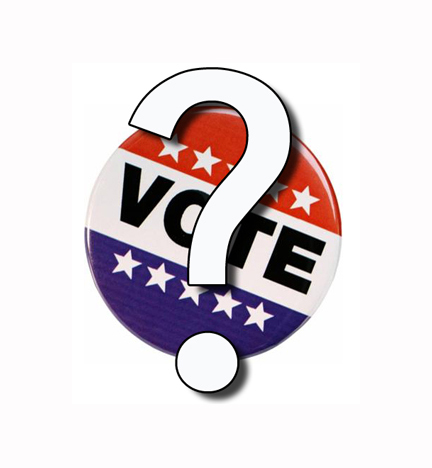 I think to increase voter turnout; we need to have more information about the candidates. We hear all the commercials about each one, but it all seem fake. I think if the candidates could truly say what they mean, and not what they think the people want to hear, that would help voters actually vote. I also think that the candidates need to connect to all the ages of the communities. The ages of 18-24 aren’t really interested in the rail or building a wall to block out immigrants. I think the candidates have to solve problems that would relate to all ages, not just the older groups.

To increase voter turnout, I feel that two things should happen. First, there should be more attention to when the elections are, what time and locations to vote. These should be advertised more frequently so people are aware. Second, there should be unbiased sources that compare all the candidates and where they stand on issues. Normally this takes hours, and the info may or may not be correct. Not everyone has the time or wants to take the time to research this info.

I think a good way of increasing voter turnout would be to make it online and easy to access. Unfortunately, a good reason why some Americans don’t vote is simply because of laziness and not really wanting to take time out of their schedule to mail it or go in person. They may have their options on the presidential candidates, but that doesn’t mean that they will go out of their way to vote. I highly doubt that it will ever be available online but I guarantee if that option was offered, the voter turnout would increase dramatically. On the other hand, others believe their vote won’t matter, so another idea would be to emphasize that every vote counts.

I think if you make it a function where there is food and entertainment then maybe people would want to come and vote. If there were more of an incentive, then people would attend.

More informational advertisements should be made in order to increase voter turnouts. I say this because I, myself, was not aware of the last voting poll that took place beginning of this year. By putting the word out there, it will inform others of when and where it takes place while educating the significance it has to not only the country but their personal lives as well.

There is a simple solution to solve the low voter turnout rate Hawai‘i has for our elections: FREE PIZZA. The turnout rate would double without a doubt. Studies show ages 18-24 have the lowest percentage of voters. What do voters 18-24 love the most? PIZZA!

One idea I think would increase voter turnout in Hawai‘i would be a universal voter registration, one simple method that any person could understand. I also feel that we should have online services that could allow disabled people or people who cannot leave the house a better chance to vote. I think we should also let convicts who are incarcerated the right to vote. Maybe that could increase the amount of voters in Hawai‘i.

With the way technology has increased, being able to vote from home could help to increase the number of people voting.

One idea that I have to increase voter turnout in Hawai‘i is to make voting more convenient. This may include a voting app, more voting stations or even online voting resources. Another way we could possibly increase voter turnout is by making it a requirement in various settings or offer credit for doing so. For example, this class (POL 130) makes it mandatory for us to register to vote. Other college classes could implement the same things or offer extra credit to those who do register to vote. Likewise, businesses could make it a requirement for their employees to vote or register to vote or offer incentives for those that do.

Make people more aware to the changes that voting can do. There could be more commercials/ads about voting. People can be shown how voting can drasticallly change their lives for better or for worse. Awareness is key.

To increase voter turnout in Hawai‘i I think that the importance of voting needs to be taught. If this was taught to the youth at a young age, when they are old enought to vote they might actually vote. And maybe if the people we’re voting for were good and actually wanted to help Hawai‘ more people would vote.