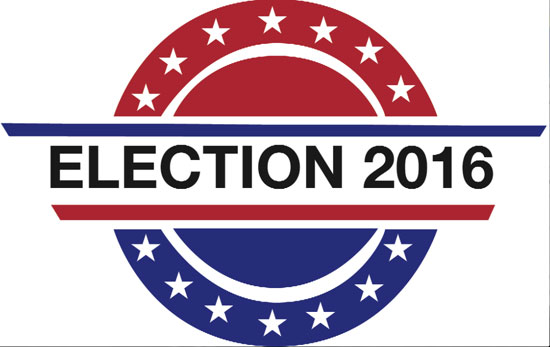 The outcome has shown that anything is possible. During the entire campaign, majority of Americans were confident that Hillary was going to win. However, America proved them wrong and Trump won.

I think the outcome says that more and more people are getting tired and fed up with the way politics are being run in this country. Even though Donald Trump has zero political experience and said some things that some would consider incorrect or even dangerous, these people voted for him because they wanted change. As Trump said himself, voting for Hillary would be voting for “more of the same.”

Personally I stayed up to watch the results, and once I found out who won, I shut the TV off and cried myself to sleep. I cried because I realized from this election how divided we are as a country. People want change and this election shows it. We are the same people who chose President Obama as our president and now America has a different approach. America now has hope in Trump that now they will be heard and things will change. The people’s voice has been heard.

That the American people are sick of the status quo and wanted a change. I did not want to vote for either of them, but “constantly choosing lesser of two evils is still choosing evil” (Jerry Garcia).

America has tried too hard to ignore and disguise many of the prejudice and unfair views that are presented everywhere in our nation. It was like a soda can being shook again and again and again, until one person (Donald J. Trump) decided to open it. Many of us refuse to believe that, in this day in age, we can still be racist, prejudice, sexist, etc. but it happens, it exists. I believe Donald Trump made a leeway for people to openly feel and express their frustrations and not in a good way. This is probably the most controversial election ever. In my opinion, both Clinton and Trump were very poor candidates but what is done is done. People need to look at the bigger picture and not let the president emphasize over “trying” to make America great again. Every single person is responsible for making the WORLD a better place.

I think that the outcome of the presidential election had its pros and cons. The good thing that I see is the passion that many people had about the candidates and their values. This led a lot of us, as citizens, to want to get out there and vote for our voices to be heard. Although we may not all agree, this election reminded us of the freedom that we have as a country.

I think that our options for election were awful, but the outcome of Trump being president-elect I feel okay about it. I think that the media is very select on what they are sharing about Trump. I think that there is a lot of people responding without education and without research. I’m concerned that Trump may react to circumstances wrongfully but that is where we are extremely lucky to have others in his office that are good people. I’m hurt by the way some people are responding towards others and towards our country. At time I pray that Trump will be careful.

The outcome of the presidential election shows that America wants a change and is willing to give someone who isn’t corrupted by the government a chance to see if it will work out for the better. Look at President Reagan. He was an actor and made a pretty good president. But in my opinion we’re screwed.

In my opinion, the fact that we had the two candidates we did for president shows how ridiculous America has become. I personally didn’t vote because I felt like it was more of a ‘pick your poison’ than vote for a good candidate. Even though I am not a fan of Trump, I feel that Hillary was more deceptive and sneaky. At least people know who Trump is because of how blunt he is and the things he says. Hillary on the other hand, is more “I’ll say things to your face, but behind your back I’ll do somethings else.” I think the outcome of the presidential election makes other nations laugh at America. But I honestly hope that he’s not as bad as people say he is and does good for this country.