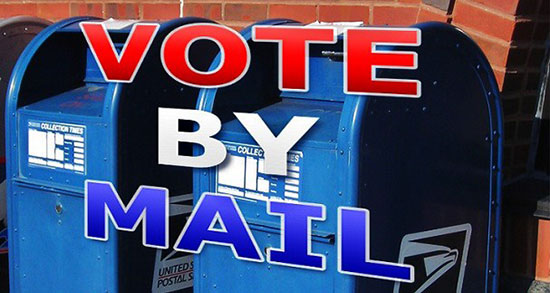 Hawai‘i voter turnout ranks consistently low each election and several factors contribute to this occurrence. Hawai‘i being miles away from the United States makes people in Hawai‘i feel less connected to the mainland. Another factor is that there are many Native Hawaiians that choose not to participate in elections because they would rather be governed by Hawaiian sovereignty. Lastly, people just choose not to participate in elections/voting because they feel like their voices and opinions won’t makes a difference. Given these factors, I don’t think vote-by-mail will affect voter turnout in Hawai‘i.

I honestly don’t think vote-by-mail will increase voter turnout in Hawai‘i by much. Most people don’t vote because they feel that issues that go on in the mainland don’t really affect them. In Hawai‘i, we are shielded from many worldwide issues, and residents would rather focus on local issues like making a living in paradise. People who choose to live in Hawai‘i like to live by the moment, and most choose to avoid biased responsibilities.

I think vote-by-mail will cause an increase in voters by the younger generations because it would be less time consuming and easier to do. I also believe that voting by household will increase, especially those with young children because parents are usually focused on their kids and work so it would relieve some of that stress. It would help Hawai‘i voters take the time to learn about the issues being proposed before they make a final decision, as well as knowing who is running and what they stand for.

I think vote-by-mail will increase voter turnout in Hawai‘i for the simple fact that it’s easier to submit their votes. On the other hand, it could also take longer to process the votes and voters might lose their ballots and lose an opportunity to make their voice heard.

I don’t think vote-by-mail will make a big difference. I think that voting now is easy for most people. I do think that it will benefit those who have difficulty with mobility. For the most part, I believe that people who want to vote will find a way and those who don’t won’t.

Vote-by-mail could, but not necessarily, improve the number of participants who vote. It would make it easier to vote for those who have busy schedules. It would eliminate the long lines at voting posts. It would also give people the freedom to vote before the election. On the other hand, there are voters that have no physical address, such as our eligible homeless population, and those who can’t afford P.O. boxes. If we make ballots available with postage included, it could increase the voter turnout incredibly.

Vote-by-mail may increase voter participation, however, it also leaves room for scandal. The votes could easily be miscounted or ‘lost’ in the mail. One possible encouragement is providing an app that voters can vote on. That can also be manipulated and hacked but people won’t have the excuse of being “too busy.” Of course the absolute best way would be to have candidates stand for the people instead of being stereotypical politicians and do what is right by the people.

I feel people who live in Hawai‘i truly don’t care about issues that don’t reach the islands. Also, Native Hawaiians have conflicting views about supporting the U.S. government. However, the few Hawai‘i residents that do take the time to vote should have the option of voting by mail because it eliminates the commute and an entire household can participate at once.

I don’t think it would make a difference. I think we have the worst voter turnout because a lot of people think our votes don’t count. Hawai‘i only has four electoral votes out of 538, and you need 270 to become president. I think more people would vote if there was a way to do it online or on an app.

To me vote-by-mail would be really great for Hawai‘i because nobody wants to stand in a long line to vote. Vote-by-mail will let voters think a little more on their candidates before making a choice. There are a lot of people that are handicapped and vote-by-mail would make voting easier for them.