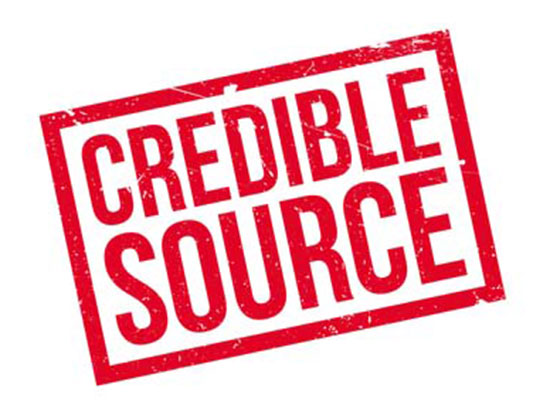 How I discern a credible news source is to see if multiple news sources are saying or stating the same facts. If only one news source is reporting some type of news, it’s hard to tell if it is true or not. Another way to tell if a news source is credible is if they have educated professionals vouching for what they are reporting. If they have someone else’s word to back them up, it is a definite way to tell if they are credible or not. Although, in my opinion, I don’t find many news sources very credible because most of them are very biased and will skew the news in order to make the viewers view the situation the same way as them. News sources should just state the facts of any situation and let the viewer decide on their own what their opinion is.

One way to discern a credible news source is if they only got their sources from one entity. In my thoughts, all facts should be received from at least three sources in order to figure out what news source is credible or not. These days, with everybody being tech-savvy, they have access to create their own news. Sometimes it is hard to tell who is credible and who is not.

I know a credible news source when they are giving out facts. We have our local news and national news. I wouldn’t just look at things like social media because people just make stuff up for attention. A good news source that not many people use anymore is the newspaper. I feel that news sources need to give facts and give us the important information that we need. Painting the crosswalk is not newsworthy.

I choose credible news sources by monitoring and seeing how the source got their information. For example, if they claim, “Researchers say men are smarter than women,” the question I ask is “What researchers?” If they instead cite their sources in their writing correctly with names and titles of books or articles, then it’s more likely to believe what they’re saying is true.

I will read articles and often compare them to other news sources. Often times, I will talk to other people and get their opinions. I also look for consistency with their stories and see if they add up.

For me, I don’t think any news stations or sources are 100 percent credible. They all want more views and higher ratings. They will all do what it takes to be popular. What I do is if I hear something that gets me really interested, I will look into it. I’ll gather information from more than one place. Nowadays, you never know who’s telling the truth. So if you have to really pay attention, use critical thinking and ask questions.

In order to determine the credibility of a news source, I would make sure the same topic is shared throughout other news sources that are similar to the one you’re looking at. I usually filter through multiple sources before using one to write an essay or a research paper with. Also, if you use Google scholars to find articles and editorials that are reviewed.

I discern a credible news source through reputation, biases and the ability to communicate. If I have any doubts on a source, I check using other sources. If a news source has a reputation of using false information or twisting stories to match their biases, I wouldn’t use it. If their writing quality is bad, I wouldn’t find it credible.

My go to source for news, I have no idea. I would think that most people who provide news for the public would be credible. But usually I don’t trust anything online as a credible news source. I grew up not even thinking about how credible the news can be. Only when I got into college did I start looking for credible sources.

The name of a website is an easy giveaway if it’s credible or not because it will show you if they will have a bias or not. Another way is to see the popularity of a source. Some unpopular ones are more credible than the popular ones. You also want to look at the history of the news source to see how they have viewed and reported previously.