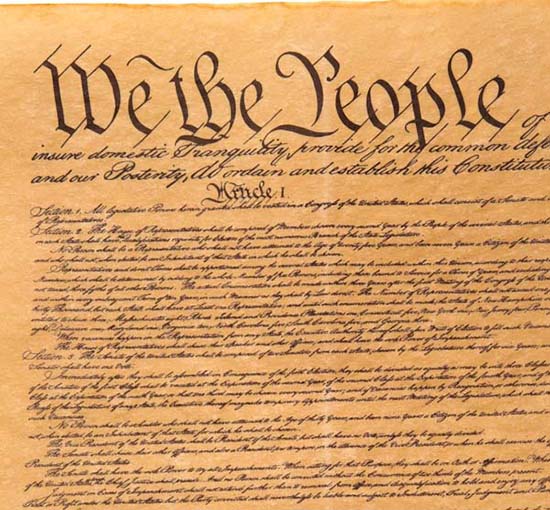 This questions stirs up many ways to look at this situation. I think it depends on what has been said. We do have the freedom of speech and have the right to voice our feelings and opinions, but if we speak of it in a threatening way then it becomes verbal assault. So in the case of this I feel they should be consistent and make hate speech a verbal assault also. Also people need to be held accountable for their actions and their “freedom of speech.”

Yes, I think that all speech should be protected under the First Amendment. I can see a domino effect happening to the next amendment and the next and so on. Where does it stop? Our country was founded with the constitution to give people rights and freedoms to become this great nation.

I believe wholeheartedly in the freedom of speech in whatever form that speech may come in. As long as laws aren’t being broken, I feel freedom of speech is the fundamental right that built this country. The ability to listen to conflicting views and create a personal perspective on an issue is the beauty in the right of speech. That’s where the best ideas are born. If I feel my voice isn’t being heard I find comfort in the fact that I can do something about it. If we made a low against “hate speech” we might as well lean North Korea’s national anthem.

Hate speech is a broad term that has the possibility to be interpreted in a number of ways. That being said, hate speech should be protected under the First Amendment, as it is currently, as long as that speech does not incite violence. People should have the freedom to express their strong dislike and/or disagreement of a person or group in power. Making hate speech illegal would be a dangerous act as it could silence those trying to speak out against corruption.

Hate speech should be excluded from the First Amendment. People have taken the use of freedom of speech to a breaking point. Racism is something that has escalated in the year 2017, and it has caused nothing but conflict. The First Amendment should be changed to freedom of speech excluding hate speech and racial slurs. People need to realize that the thought of racism divides us. There is only one race, and that’s the human race. Hate speech should be a crime, along with being racist and saying racist things. This is a serious problem and there needs to be a consequence to this corruption. The First Amendment should not protect hate speech simply because its 2017 and not the racist times of the 1800s and 1900s.

I believe this country is the country it is today because of the freedoms we have here. When we begin loosing freedoms such as the freedom of speech, we are no longer the country we were once created to be. Freedoms people have lost their lives and continue to fight today for us to have. These freedoms are what make us great!

I think hate speech should be protected under the First Amendment under certain requirements. As long as you are not threatening a person with violence or planning to hurt someone then you should be allowed to express what is on your mind. You should be able to express your opinion on a person or situation. Once someone’s hate speech becomes harmful or has the potential to become harmful it should become a problem that needs to be addressed.

Yes. I am not saying that hate speech is right or something we don’t need to take into consideration when being used against another race or group, however, the First Amendment was made so that everyone could express themselves without the interference by the U.S. government. If the First Amendment isn’t used to protect any type of speech whether it be hate, protest, or even Donald Trump’s twitter, what will it be for? If we cannot put hate speech under the protection of the First Amendment then what next could be changed or challenged talking about any of the other amendments. We can only hope that humanity can be respected and sympathetic towards each other, so that hate speech would no longer be used.