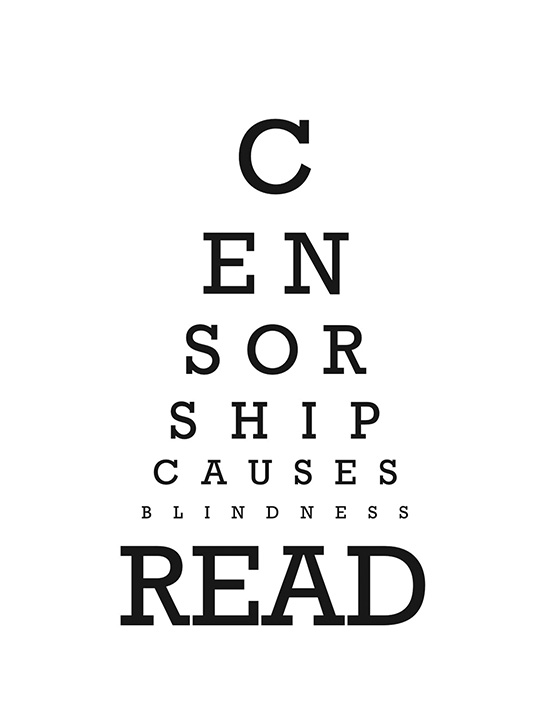 On Sept. 27, WCC library and the language arts department hosted the third-ever Banned Books Read-Out in the library breezeway.

The event was part of Banned Books Week, an annual national celebration of the freedom to read. The week was dedicated to raising awareness of the dangers of censorship and the importance of open access to information and freedom of expression.

WCC English instructor Jenny Webster, along with librarian Mariko Kershaw, emceed the event, evoking smiles and laughter from the audience with their bubbly personalities and noticeable passion for literary freedom. Students and faculty read passages from their favorite banned or challenged books.

Censorship has existed throughout history. In 399 B.C, Socrates was charged with corrupting the minds of youth with his writing and spoken ideas. Until around 1450, book burnings effectively halted the spread of literature deemed unacceptable. However, with the invention of the printing press and the ability to print and reprint copies of a work came the emergence of the book ban.

One of the most challenged books in history is Mark Twain’s 1884 classic The Adventures of Huckleberry Finn, which was first banned in 1885. Today, it is still frequently banned due to its excessive use of the word “nigger,” which challengers allege is “racially insensitive,” “oppressive,” and “perpetuates racism.” Other frequently banned classics include To Kill a Mockingbird by Harper Lee, Fahrenheit 451 by Ray Bradbury and The Great Gatsby by F. Scott Fitzgerald.

In 1982, the landmark case of Island Trees School District v. Pico found that school officials could not remove library material simply because those officials disagreed with the ideas behind the material in question. The U.S. Supreme Court ruled that a book must be “pervasively vulgar” to constitute adequate ground for banning.

Nevertheless, in 1988, the Supreme Court ruled in Hazelwood School District v. Kuhlmeier that school officials could censor student journalists, stating that the school newspaper was not a form of public expression. The decision also granted school officials more leeway in censoring classroom curriculum.

During the Banned Books Read-Out, WCC student Kala’e Lopes read an excerpt from the heavily challenged book The Lovely Bones by Alice Sebold. The passage depicts the protagonist, Susie Salmon, being forced into sexual intercourse by her kidnapper. The description of rape could arguably be defined as “involving patently offensive sexual conduct,” which is why the book has been banned in many schools across the country. But Lopes felt it was an important aspect of the story.

“In my opinion, without that real and traumatic experience that Susie went through, it makes Susie’s character lose that depth to her,”  Lopes said. “Her thoughts in that moment, the shock she was in, it’s all very important to her character development.”

Much like the uncomfortable scene in The Lovely Bones was meant to portray the real details of a young victim of assault, The Great Gatsby was written to summarize American culture in the 1920s and included harsh language, violence, death, adultery and hopelessness. Likewise, language using vernacular of the time in Huckleberry Finn was intended to reveal the plight of the slave.

“Schools should be this place where we invite young people to openly communicate, to consider issues of equality and to practice viewing others not as abstractions but as we hope to be seen ourselves,” she said. “Young people need to think about these issues and find a way to talk about them reasonably and find solutions to the problems.”

A different form of book censorship is the attempt to edit or “clean up” specific parts of a work’s content. For instance, in the original 1964 version of the popular children’s book Charlie and the Chocolate Factory by Roald Dahl, the Oompa-Loompas, as they are known today, were actually a “tribe of 3,000 African Pygmies” from “the very    deepest and darkest part of the African jungle where no white man had been before.”

Then in 1973, Dahl’s publisher revised a new edition of the book with altered illustrations, turning the African pygmies into white-skinned Oompa-Loompas. Although the original story states Willy Wonka’s workers are human beings imported from another country, the whitened

Oompa-Loompas remove the original book’s implication that a person of European descent had enslaved people of African descent and that the latter group had gladly accepted their new role as his slaves.

Lopes gave her insight on the need to evaluate different ideas to foster personal growth.

“I feel we can better our critical thinking skills by getting to know more about the things that we don’t want to know about or that makes us uncomfortable,” she said. “You can’t judge something without knowing it’s side of the story.”