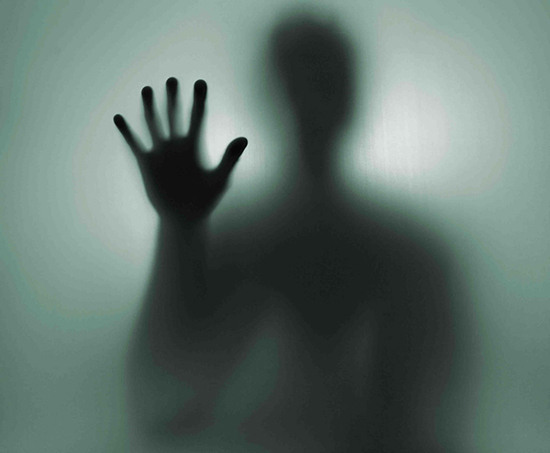 I do believe in a form of the paranormal. When we die our energy doesn’t just disperse into nothing. It lingers and remains depending how hard we try to stay connected to the universe. There are too many religions and beliefs scattered across the world about the after life to believe we just simply die. There most definitely is something waiting for us in the end.

People around me have all said they’ve had paranormal experiences but I don’t really personally believe it. I haven’t experienced anything paranormal so it’s hard to believe. This doesn’t mean that I’m close minded about the possibility. I still refuse to watch paranormal movies or play with a Ouija board because I believe if you let that kind of stuff into your life then you’re inviting in the bad to come along with it, and I’m not gonna take that chance.

I don’t believe in the paranormal or at least the traditional view of paranormal activities. I don’t believe in spirits or demons that haunt a house or an abandoned building. While there are countless numbers of videos supposedly proving the existence of ghosts, they’re always fake or easily explainable. I believe if there really were all these spirits and demons haunting locations and people, the proof would be undeniable, especially with today’s technology. With that said, I do believe in a spiritual afterlife. I have no proof to backup this believe, but I believe it anyways.

Yes, I believe in the paranormal because I’ve always seen weird unexplainable things as a child. In fact, I would always go to visit my grandmother and I loved to play with this little girl. We would play for hours. Since growing up, I realized there was no little girl who lived next door because no one has lived there for years.

Though science has come a long way, we still have phenomena occurring that can’t be explained. I think it would be ignorant to not believe that other forces exist.

Not really, but kind of. I’m Puerto Rican, so my family is weirdly superstitious. Every New Year, they take flowers and these weird perfumes, sage and incense, and cleanse the house. Then create a mixture of the perfume, holy water and flowers. You take a shower, then they pour it over you to cleanse you of any evil spirits and stuff.

I literally hate it. You have to air dry and it’s really annoying. I’d rather be possessed. Just kidding. Although I feel like that doesn’t serve a purpose, I don’t mess with supernatural stuff like Ouija boards. I don’t have Tarot cards because I don’t want to clear them with all the elements during a full moon.

I recognize spirits as a real thing because I think I’ve had some supernatural experiences, even though that may be weird.

No, maybe aliens. But ghost and such, those are ideas that are derived from religious nonsense. Demons, ghosts and spirits are just fairy tales made up by delusional lunatics who are looking for more to their lives than there is in the universe. Some people need those delusions though whether it be to feel connected to people they’ve lost, to feel special in some way, or to feel a sense of spirituality. Nobody should tell anyone what they can or cannot believe.

Absolutely. It’s crazy not to believe there are things as ghosts, demons, even extraterrestrial life, while some believe in a God. I’ve had some experiences with paranormal activity that are just unexplainable. I think maybe we tend to hold on to the belief of ghosts and what not because it gives us a sense of hope and relief that our guardian angels are watching over us. And that they’re not entirely psycho for thinking something moved on its own versus if we just misplace something or are making things up. It’s almost an excuse, but it works for us to believe in something, anything.

Yes. I believe that there is a force beyond. There are good and bad spirits. Disturbance in a spirit’s being causes bad outcomes. When they are at peace, they protect those they come across.

Yes, I do believe in the paranormal. I believe that there is so much beyond our beings. Just because we can’t see things, doesn’t make it any less real. Lots of times people do see things that others don’t. I have never really personally experienced anything, but sometimes you can just feel or sense when something is out of balance or eerie. I have cultural beliefs in spirits, or ancestors. Things we should do if  “this” or “that.” Kind of related, but I don’t know if I would call it paranormal.