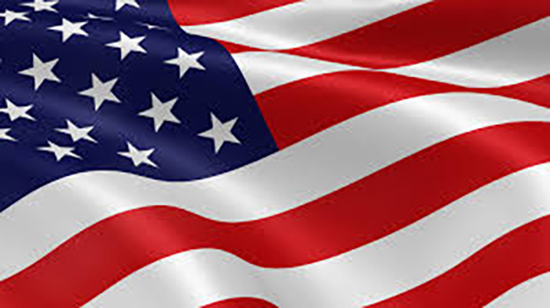 I think athletes should stand during the national anthem just to show a sign of patriotism. It will show that they value and respect our flag, our anthem and the people who fought for America. However, I also believe that sitting or kneeling down can also be considered showing respect to the flag. I don’t think it’s disrespectful. I just think this all  happened because of the comment our president made. For me, I’m confused on what the anthem really should mean.

No! They have the right to voice their opinion as an American citizen. Congress noted that the code does not prescribe any type of penalties for noncompliance. It is our right to act on what we believe is true for each individual.

Athletes should not be required to stand for the national anthem because it goes against their right as an American citizen. Living in the U.S., that is what makes us different. It’s having the freedom to not only have an opinion, but the freedom to act on such opinions. By not standing, athletes are voicing their beliefs. They are not hurting anyone or breaking the law. So they are not doing anything wrong. They shouldn’t be forced to do something that they feel isn’t right.

Athletes are just people in a uniform, no different from any other person, and I feel that they should be able to do as they please. I don’t think that athletes need to stand during the national anthem. Although they may not be showing the proper respect, they are doing this for a reason. What people are missing is the reason that they aren’t standing rather than the action itself. It’s not like they’re doing something to take away from the national anthem such as chanting, dancing or making a commotion. What these athletes are doing is very subtle and peaceful. Instead of rioting, they ‘re taking a knee so that they can be heard.

It’s an ongoing unnecessary argument. The issue, “Standing for the Flag” is keeping us from paying attention to the international issues we need to deal with. I believe that athletes should not be required to stand for the flag. The U.S. is a racist nation. It needed to be said, and people need to pay more attention to the problem. Instead of fighting about kneeling in front of the flag, citizens should  find out why they’re kneeling. Maybe they will be more understanding and maybe change will start. The fighting and arguing is unnecessary so fix the issue and move on.

The national anthem is a song that brings us all together under the American flag. It’s a song that’s supposed to represent freedom, democracy and equality. However, there are many unsavory truths about America.

Athletes deserve the right to sit during the national anthem. America has wronged those of different races and religions, and there’s not enough understanding in this country.

There is no law that we must stand during the national anthem. There should be no problem for people to express their beliefs in public. Especially when those beliefs are supporting human rights.

Yes, I think athletes should stand for the national anthem. A lot of young children look up to these athletes as their heros and should act like that when they are playing their sports. I also believe that the players have the right to stand up for things that they believe in, but they should do that on their own time. The athletes are playing professional sports so they should act professional. I could not go to my job and kneel because I was upset about issues going on outside of my job.

Athletes should not be required to stand during the national anthem. Requiring someone to do anything, against their will, would constitute the removal of free agency.

In the United States, we were born with rights and the ability to have choices. These individuals are simply exercising those rights. They are protesting against the system.

Requiring them to participate would be a crime against the first amendment. It may not look good, but if these athletes feel that they have to conduct themselves in such a fashion, then we need to honor that. We are all born with the same set of rights and these athletes are choosing to exercise their rights as U.S. citizens.

Athletes shouldnʻt have to stand during the national anthem if itʻs not in their guidelines. This comes back to the reason why theyʻre taking a knee. They are doing that to bring awareness to an issue at hand that is actually being ignored by the people in power.