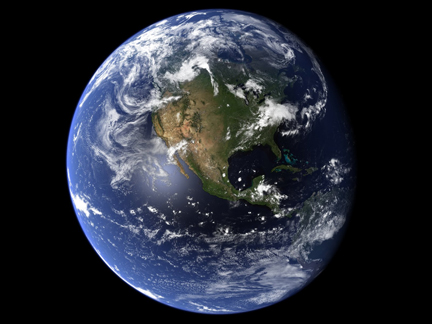 The government should play an active role in protecting the environment. I think that they should enforce littering laws more. If they don’t feel like doing that, then they should think of ways where we can make most items biodegradable. This could be costly, but it will help in the long run. When I think of things that are most littered by people, it’s cigarettes, food wrappers and plastic bags.

If they were to start by making biodegradable options for those three things, then it would greatly decreased the amount of trash on the streets then eventually the amount in landfills.

I also believe that we should stop cutting down trees and eliminating forests to make more room for development. Trees give off oxygen and are also home to many animals who should be equally as protected as we are.

I think the government should fund research and development and new uses for plastic. There was a story  I’ve seen on another country chopping up plastic in a machine and added to concrete to build affordable houses. To me that’s genius.

Plastic doesn’t biodegrade therefore would be an efficient and a cost effective way to build a home. In doing so, less plastic would end up in the oceans killing marine life and even more so in landfills.

I think the government’s role in protecting the environment should be like protecting the family. I believe that because we all have voices and we all share it to be heard yet nothing’s been done. Government says lots of things yet doesn’t keep it. That’s just ridiculous on their end because it makes them look pathetic that they’re not keeping their word.

That’s what a government is for is to be our voice and have our support but the fact that they can’t do it is sad.

Numbers are always thrown out about temperatures or the amount of ice melting, among others. The numbers that are important are how many fish in the ocean eat plastic. How many people living on the coast may be affected by rising sea levels.

We have the information but companies with more power than most governments dictate the environment’s outcome. The government should be able to hold companies to strict guidelines to ensure and protect our planet for the future. We treat the planet like a dump and I’m afraid in my lifetime if the government doesn’t help what can the average citizen do? I hope the government’s role in protecting the environment is based on science not money.

If there is a pool full of fish, nothing is stopping everyone from snatching as much as they can, but laws made by the government can regulate fishing, so that the fish do not die out.

The government’s role in protecting the environment should be their top priority. We are not doing enough for the earth. We all as human beings are nothing more than parasites to the earth. The government should take steps as small as discontinuing products that cannot be recycled or harmful to the earth. Another step could be making it mandatory for every home or apartment complex to have solar panels to use solar power for electricity. There are so many roles that the government could take on towards protecting the enviornment, but nothing is done because nothing is a good idea unless it profits the top 1 percent of weathy individuals.

This also includes energy production and how we produce it. The government should be concerned with all facets of air, land and sea to preserve what we have for the future, before we don’t have it anymore.

The government needs to put up laws that enforce the usage of recycled products and outlaw nonreusable products entirely.

If they set up laws restricting all companies to reusable resources and to replace equal amount of natural resources that they use for their products.

By stopping the industrial sites, they can convert them into evironmentally friendly production sites instead. There also needs to be much more strict guidelines for dumps to deal with the trash and make them into something more useful. Things like metal and plastic can be melted down and reused in some way, like using plasic to fix roads.

The government should care about the environment greatly and realize just how fast it’s deteriorating. They should make the appropriate decisions when it comes to laws that involve protecting the environment because it will affect the future of this planet by a great amount.

The government should really take action. They should have group clean ups, maybe different types of ways and methods things should be done. Make laws where only certain tyes of paint can be used for the concern of the air.

The things we are breathing in. Another thing is keeping the water clean. Less fertilizer.

If you love to garden maybe use less fertilizer. If it rained really hard that day, then maybe skip watering the plants.

Maybe water the plants the next day in the morning. By doing that it will help save water for some day if a main breaks, then you have that extra back up.