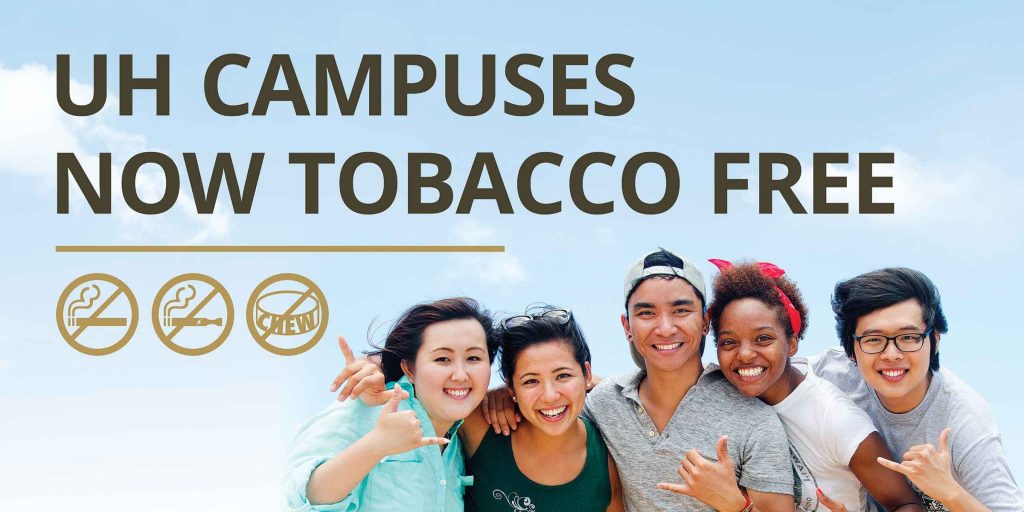 All University of Hawai‘i campuses have been tobacco free as of July 10. WCC is now one of approximately 2,000 campuses in the country that’s taken the step towards achieving a healthier school environment.

Becoming tobacco free also means that electronic cigarettes and vapes are prohibited. Vice Chancellor for Administrative Affairs Brian Pactol said that “the campus community and community at large can no longer use tobacco products and e-cigarettes anywhere within our campus boundaries.”

WCC student John Lundberg said he was “pretty surprised” when fall semester began and he saw the no smoking signs on campus. New signs are now posted on campus designating the campus as tobacco free.

Interim Vice Chancellor for Student Affairs Thomas Doi said that the new policy is challenging to enforce “because it’s not just students we’re trying to control, it’s faculty and staff, contractors, state hospital workers, but just like laws, we have to expect people to abide by them.”

Usage of electronic cigarettes and vapes have increased tremendously in the past few years and are becoming more popular by younger generations. According to the National Institute on Drug Abuse, teen ecig users are more likely to start smoking cigarettes as well.

Student Ikaika Vares-Young said he thinks the new policy is “a great idea because I, probably along with other non-smokers, can tell the difference in air quality around our campus.”