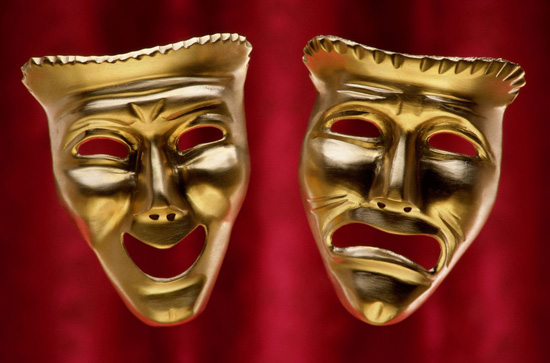 Recently, President-elect Donald Trump demanded that a cast of actors apologize to Vice President-elect Mike Pence over comments they made enjoining him to fight for the inalienable rights of all Americans. Trump said: “The Theater must always be a safe and special place. The cast of Hamilton was very rude last night to a very good man, Mike Pence. Apologize!”

Should theatre always be a “safe and special place?” If “safe” means “safe to engage in intellectual discourse, speak freely and openly without fear of reprisals for your personal beliefs, a safe forum for diversity—for the voices of minorities, women, the LGTB community,” then Mr. Trump is absolutely, categorically correct. If “safe” means “free to communicate your values and worldview without being forced to apologize,” then Mr. Trump’s statement is the epitome of irony, and he might consider trying his hand at satire when he eventually tires of leading the Free World.

If, on the other hand, “safe and special” denotes pure entertainment, then Mr. Trump is woefully, utterly mistaken. Theatre has two basic purposes (and countless functions). Theatre can entertain or it can seek to educate. These two purposes, entertainment and education, are not necessarily mutually exclusive.

The specific purpose theatre achieves varies based on the time period and cultural context of the production. For example, in World War I, men performed comedy skits in the trenches. These performances were purely entertainment—there was no deeper meaning or message. Theatre served a vital purpose in this circumstance: the comic sketches helped lift the soldiers out of the overwhelming horror of trench warfare, which surrounded them constantly. If only for a brief moment, they were able to escape. In this specific situation, pure entertainment was desperately needed.

In the divisive 1960s America, avant-garde artists such as Judith Malina and Julian Beck performed highly politicized pieces, in which the audience was asked to participate and ultimately integrate for the causes of social justice, peace in Vietnam and rights for African-Americans. These productions sought to educate, enlighten, unify, awake and spur their audiences to determined action. The youth of the 1960s felt an impassioned need to change their world for the better. In this specific situation, theatre as a tool for education was desperately needed.

Education or entertainment? Theatre, at its best, must respond to meet the needs of its society and time period. Theatre is an art form, not a science. Therefore, there is no “formula” that unifies it. The correct formula for a successful production varies based on countless factors. This is one of the many reasons why the study of theatre is a window into culture and history: each new form and style of theatre singularly reflects the society from which it emerged.

It’s easy to mistakenly believe theatre is solely a world of feathered dancers, of spot lights, fantastic showgirls singing in geometric formation, mindless melodies at the altar of artifice. But even theatre which is purely entertainment, illusionistic, somnambulistic and nefariously reinforces the oppressive status quo, manages to stun audiences with intense emotion, domestic drama and the cathartic transformation of an inoffensive protagonist. In other words, even the most harmless of all performances is not entirely innocuous.

Here at WCC, when I choose a show for the theatre production class, my first and foremost duty is to the student actors: ensuring everyone has a relatively equal-sized role and tons to do onstage. Then, after this primary consideration is fulfilled, I think about the student audience. Theatre is difficult: one must reach the audience (unlike a painting or poem, the production will not be around in 100 years to be appreciated by more evolved generations). However, since it’s a theatre at a school, the show must enlighten, allow for the understanding of symbolism, complex choices and metaphor. Challenging an audience without alienating them is a balancing act belonging virtually solely to the realm of theatre. (Other less transitory art forms can affront in the present and enlighten in the future.)

In the end, as artists, it is our ethical duty to educate our contemporary American audiences in an entertaining manner. A production which is purely entertainment is not responding to meet the needs of this specific society: inundated with video games, social media, reality TV and a plethora of escapist entertainment.

Throughout the history of civilization, theatre artists (along with writers, visual artists and musicians) have fought hard against the threatening and silencing shadows of censorship, which limits the free exchange of thoughts and ideas and is the antithesis of education and progress. In the 1930s, Russian theatre artist Meyerhold fought Stalin over the nature of Theatre. Stalin instituted Soviet Socialist Realism. Meyerhold wanted theatricality, physicality—not the tired blandness of Naturalism. Stalin had Meyerhold’s wife shot, closed his theatre, then tortured Meyerhold before executing him–all because Meyerhold embraced a style of theatre Stalin wanted censored.

Theatre has never been safe. It’s always been a mirror, a shadow, a battle, a church, a romance, a portrait and a prayer. Is theatre, as Mr. Trump suggests, a “special place?” Unequivocally yes. There is nothing like it.